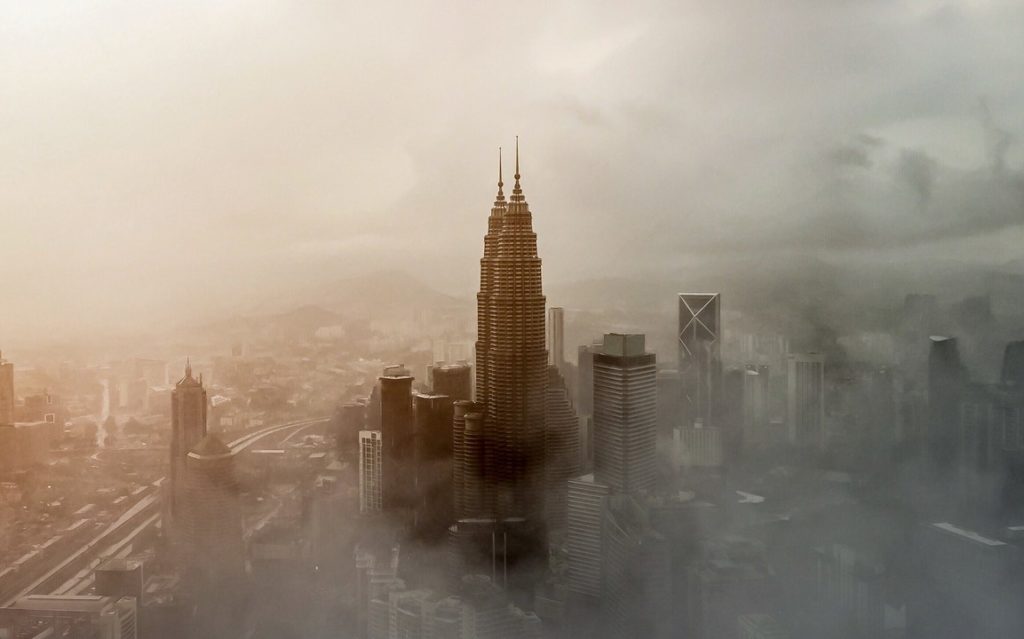 International Commercial Arbitration went through a great expansion in the 1980s and 1990s, when an overwhelming number of players from all over the world, especially from the United States, joined traditionally European players that historically dominated the field. This caused some to talk of an “American Wave” in international commercial arbitration or of a “colonization of arbitration by litigation”. That period witnessed the transformation of an originally flexible procedure into a more formal structure, marked by long hearings, cross-examinations and discovery, somewhat mimicking the American judicial procedure. Some suggest we are still undergoing a creeping Americanisation of international arbitration. As appealing or as catchy as the phrase may be, it is an overstatement nonetheless. The truth is that while these new players have transformed the culture of international arbitration, they have also been transformed by it, mingling with the traditional practitioners and contributing to the undeniable success of the institute.

This clash of different legal traditions has given birth to a series of innovations aimed at improving the effectiveness and reliability of international arbitration. From practitioners and scholars came the Redfern Schedule, the Scott Schedule, the Reed Retreat, the Sachs Protocol, the Kaplan Opening, the Debevoise Protocol, “Witness Conferencing” or “Hot-Tubbing”, not to mention the freshly released Prague Rules. From professional institutions came an astounding number of guidelines, such as the IBA Rules on the Taking of Evidence in International Arbitration, the IBA Guidelines on Conflicts of Interest in International Arbitration, the IBA Guidelines on Party Representation in International Arbitration and more than a dozen guidelines came from the Chartered Institute of Arbitrators – CIArb. Finally, from arbitral institutions came Emergency Arbitrator Rules and Expedited Procedure Rules, both aimed at tackling two main concerns of arbitration users: time and cost.

Looking into the future, are there elements that could reshape the standards in resolving international commercial disputes? Is there a new wave on the horizon?

Since 2004, Asia’s intraregional trade has surpassed the region’s trade with developed countries, which contributed to insulate Asian economies from the 2007 economic crisis. In 2014, China became the world’s largest economy (in Purchasing Power Parity). Japan adopted “Going Global” as a mantra: more than half of all Japanese mergers and acquisitions in recent years have been overseas. South Korea became the first country to transition to national high-speed internet. In addition, while the world’s attention turned to China, ASEAN countries silently overtook India in GDP and China in foreign investment. Israel turned to its Asian neighbours, attracting talented Indian engineers and exporting technology to China. All of the Gulf Cooperation Council (GCC) countries have reduced their trade with the United States and have increased it with their Asian counterparts, in a movement that is gradually resulting in the substitution of the US dollar for the Chinese renminbi as the currency in the region.

Today, Asia accounts for one-third of the global economy, two-thirds of global economic growth, and holds thirty companies from the Fortune 100 list and six of the ten largest banks. [2]

Perhaps the most telling symbol of this new era is China’s Belt and Road Initiative, a bold plan to invest between US$ 1 and 8 trillion in infrastructure and other means to connect over 65 different countries which collectively represent more than 60% of the global population and 30% of global GDP. This has prompted the ICC International Court of Arbitration to launch a special Commission on the Belt and Road Initiative, of which I am honoured to be a member.

The full impact that these global transformations will have over arbitration is still unbeknown to us. Yet we would be naïve not to expect any changes, as history has shown us that international commercial arbitration serves international trade as much as it is shaped by it.

What do we know so far?

The last two decades have seen the rise of Asian arbitral institutions. The Singapore International Arbitration Centre – SIAC – jumped from 86 cases in 2007 to 402 new cases in 2018. China International Economic and Trade Arbitration Commission – CIETAC, which handled 850 cases in 2004, received 2,962 new cases in 2018, of which 522 were foreign-related, arguably becoming the busiest arbitral institution in the world. In the Middle East, Saudi Arabia witnessed an all-time high in the number of applications for enforcement of arbitral awards in 2018, as it moves to establish its reputation as a pro-arbitration jurisdiction, while the United Arab Emirates claims the post of the regional hub for arbitration.

The number of Asian parties in international arbitration cases has also risen considerably. As the International Chamber of Commerce – ICC statistics show, more than one fourth of all parties in ICC cases in 2018 were Asian.

Will these known circumstances play any future role in shaping the standards for resolving international commercial disputes?

The rise of Asia begs the question whether Asian culture will play a bigger role in shaping dispute resolution worldwide. One of the main aspects of such culture is a focus on the amicable resolution of disputes, especially through mediation. Up to 30% of all CIETAC’s caseload is resolved through Med-Arb, a feature that can be partially attributed to Confucianism and its culture of harmony. The number rises to 50% in Japan, according to data from the Japan Commercial Arbitration Association (JCAA). The usual approach in these jurisdictions is for the arbitrator – rather than another person – to attempt to settle the dispute through mediation or conciliation, be it in the commencement or by the end of the arbitral proceeding (Articles 38-4 of the Japanese Arbitration Act and Article 51 of the Chinese Arbitration Law). Islamic culture and religion also promote non-adversarial dispute resolution, with many references to conciliation and mediation found in the Quran and the Sunnah, the two main sources of Sharia law.

Finally, Survey suggests that slightly more than half of all respondents who have arbitration as their preferred method of dispute resolution would rather have it in conjunction with ADR.

Still, it is disputable whether Asian-style mediation – with the arbitrator exercising the role of a mediator – will succeed in the future as a predominant standard in the resolution of international commercial disputes. Would it be appropriate for arbitrators to meet individually with each of the parties like the mediator does? Would arbitrators be able to isolate what is said and heard in the mediation hearing from their decision-making process? Would the parties be willing to compromise and expose their honest views on their claims to a mediator who also happens to be the adjudicator of the dispute? Would arbitrators not be handicapped in their role as mediators, given that they have to protect due process (natural justice) and avoid anticipating their views on the case for risk of prejudgement?

With the growth of international trade with Islamic states, will Sharia Law play a larger role in international dispute resolution and more specifically in international commercial arbitration? In financing agreements, for example, applying Sharia law results in the prohibition of riba (payment of interests) and of investments in certain activities such as gambling and the distribution of alcoholic or pork products. In 2017, an announcement by UAE-based Dana Gas shocked the market as the company refused to honour a $700 million type of bond (sukuk) alleging it was not compliant with Sharia law. The case was settled through litigation, yet the fact that a Sharia-compliant instrument was used as leverage raised eyebrows in the financial community.

Not to mention Sharia’s take on women as arbitrators – not allowed according to three of the four schools of fiqh – and as witnesses in arbitral proceedings: a woman’s testimony has equal value to half a man’s testimony, according to the Quran (for the record, such restrictions are not enforced in many Islamic countries).

Even though various legislatures in the United States and elsewhere have attempted to ban the use of Sharia law, it is unlikely that these bans will affect international commercial arbitration, as freedom of contract will likely pre-empt such obstacles.

As the size of the Islamic financing industry reaches $2.4 trillion in 2018 and receives praise from the World Bank, will the arbitral community be seeing more and more of Sharia law-based arbitration in the future?

The surge of International Commercial Courts can be largely attributed to the deficiencies in arbitration, as its users perceive them. Survey shows that cost (67%), lack of effective sanctions during the arbitral process (45%), lack of power in relation to third parties (39%) and lack of speed (34%) are deemed the worst characteristics of international arbitration. International Commercial Courts’ promise is precisely to cater to those needs, while also providing appeal mechanisms and in some cases predictability through a system of precedents.

Yet the perceived deficiencies fall short of expectations to have International Commercial Courts replace arbitration. According to the same survey, the most valuable characteristics in international arbitration are the enforceability of arbitral awards (64%), the avoidance of specific legal systems/national courts (60%), flexibility (40%) and the parties’ ability to select arbitrators (39%), all of which are not quite achieved in International Commercial Courts.

Attempts to convert court judgments into arbitral awards in order to enjoy the benefits of the New York Convention, as the DIFCC have done, are rather questionable, as they unduly broaden the scope of the Convention, turning the arbitral award into the mere rubber stamping of a state-issued award.

In fact, not only do International Commercial Courts fall squarely into specific and rigid court systems, but they also present a restrictive set menu of active or retired judges from which parties cannot pick. What is more, parties cannot choose business-savvy practitioners as they do in arbitration. For example, a Judge at the DFICC must hold or have held high judicial office in a jurisdiction recognised by the Government of the United Arab Emirates. All of SICC high court judges and judges of appeal are members of the Singapore Supreme Court, while the vast majority of its international judges are retired foreign court judges. At the CICC, despite the existence of an International Commercial Expert Committee, cases are heard and decided exclusively by Chinese judges, all of whom come from the Supreme People’s Court.

As the wheel of history turns and the world transforms before our eyes, my purpose in this article was to summarize some of the things we do actually know about the current trends in international dispute resolution and also to turn unknown unknowns into known unknows.

It has been said that, in the future, “[t]he only new global rules that will be accepted will be those that Asians agree to”. [3] If that is true, I hope this article was worth the read.

[2] The main source of information concerning Asian economy for this article came from the book “The Future is Asian: Global Order in the Twenty-First Century” (London: Weinfeld & Nicolson, 2019), by Parag Khanna.

Any cookies that may not be particularly necessary for the website to function and is used specifically to collect user personal data via analytics, ads, other embedded contents are termed as non-necessary cookies. It is mandatory to procure user consent prior to running these cookies on your website.